Tracking currency or bills is easy, right?  After all, it seems so easily done in television and movie crime dramas.  However, the reality of figuring out who the bad guys are and where they use their money creates quite a challenge.

Tracking the movement of banknotes, each with a serial number that is as unique as a fingerprint, is an important part of many criminal investigations.  If agents can find out exactly who is profiting from a criminal enterprise and how they’re getting the cash, they can maintain a pristine trail of evidence that can help put criminals in prison.  That’s why “follow the money” is a tried-and-true investigative procedure.

Why not just scan the bills and use optical character recognition?  Good idea, but that’s only part of the job.  For one thing, the data is potential evidence, and every step of handling and storing it needs to be immaculately secure.  What’s more, the data needs to be easily and immediately accessible, worldwide.  If Interpol seizes currency at an Eastern European border crossing, does the confiscated money include cash from a Los Angeles undercover agent’s deal?  Without a central way to track the funds and serial numbers, who knows?

What if the undercover agent scanned the currency at the start of the criminal pipeline and Interpol scanned it at the other end?  What if the serial numbers and images from that currency scan automatically uploaded to a secure cloud database for comparison?  What if agents at both ends of the criminal pipeline received an immediate alert to an evidence match, sharing who, what, when, and where?

What if agents worldwide had access to a cloud-based system that kept track of currency for all law enforcement?

Michael Hall, a former narcotics agent, decided to change the paradigm for following the money: scan, upload, compare, and notify using a secure, enterprise-level SaaS platform.  He teamed up with NS2 Labs to deliver the future of currency tracking for law enforcement, homeland security, public safety, and financial regulatory communities – NoteShark.  This new capability comes from harvesting the intelligence built on understanding how currency moves across networks, jurisdictions, and borders.

Using the latest in data optimization technologies, NoteShark rapidly scans, extracts, and catalogs individual bill images and serial numbers in a secure, CJIS-compliant cloud database.  Every time you add data, NoteShark automatically compares the new bill images and serial numbers with those in the entire database.  When there’s a match (positively identifying currency located at Point B as the same currency that originated from Point A), NoteShark immediately notifies all relevant parties via SMS and email, alerting them to a newly discovered and previously unknown connection.

Michael points out that “painstaking, patient work is a big part of what catches criminals.”  He also knows that NoteShark tackles the tedious parts of the job faster and better, freeing-up agents for more challenging tasks.  NoteShark — a standalone, secure, cloud-based enterprise solution revolutionizing the logging, tracking, and recovery of currency for government agencies and public safety organizations. 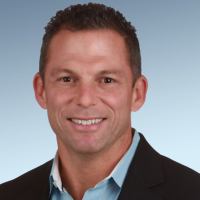